At over 20 years old, the Winamp media player is a bit of a Windows institution. Famous for its scrolling text display, audio file versatility, retro visuals, customizable skins, and just being better than Windows Media Player; Winamp still has a lot to offer users even today. One of the reasons Winamp has been able to keep going through the decades is because of plugins. Winamp plugins allow you to add new features to your standard Winamp console. 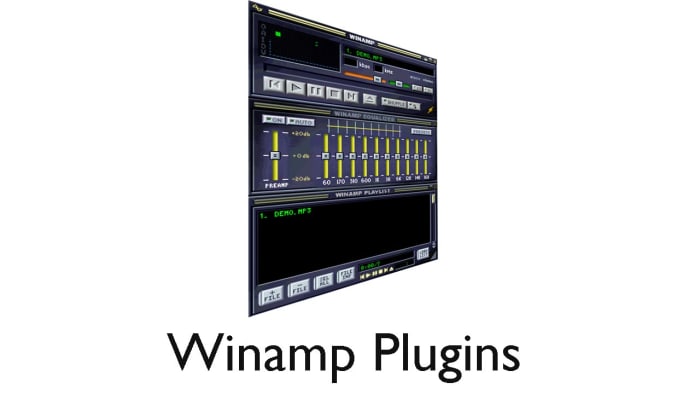 As it’s been around for so long, understandably, there are a lot of Winamp skins to choose from offering all manner of new feature or tool to add to your Winamp setup. Let’s go though some of the best Winamp plugins then, so you don’t have to endlessly search on Google.

Another simple yet effective Winamp plugin here. Basically, this adds a Winamp control widget to your desktop. This means you play, pause, stop, and skip your tracks without having to maximize the Winamp window. This will free up your screen’s real estate for whatever else you might be doing at the time.

This is a great plugin that will make it much easier to play with the equalizer levers when you’re listening to music. With this plugin installed, you’ll be able to set hotkeys for the Winamp equalizer meaning you’ll be able to make adjustments simply by pressing certain buttons on your keyboard. Much easier and less fiddly than having to do it with your mouse.

How to write sheet music for free with MuseScore 2 ►

5 ways gaming can make you an awesome musician ►

This plugin will close Winamp Audio Player to your Windows notification tray when you hit the close button. Normally, hitting close will shut down Winamp altogether so this plugin gives you an extra way of minimizing Winamp and even hiding it from the taskbar while still active.

This Winamp plugin is similar to the one above. The difference is that it also offers the scrolling text bar that Winamp is famous for. This means you’ll be able to see the name of the song and artist whenever you’re using it.

Go on, you know you want to. This plugin removes vocals from songs so that you and you alone can take center stage. Remove the vocals from your favorite songs and turn into the karaoke star you always knew you could be, at least while you’re at home anyway. This plugin isn’t flawless, however, and often you might still hear the vocals in the background, just very low, or other instruments might be taken out too.

How to get the most out of Free Audio Editor ►

How to use Garageband to edit songs ►

How to add free sound clips to your audio project ►

How to use Audacity: 14 beginner tips ►